Climbing is also culture, a journey inside oneself but especially to discover fantastic places like Gaeta, a pearl of the Mediterranean from a special point of view, in Direzione Verticale. Montagna Spaccata was the location of our multipitch stage on long routes.

We are in a corner of clear skies and warm sunshine, among Italy gripped by rain and risk situations, in Gaeta the area that marks the boundary between central and southern Italy that still has the strong character of the past southern kingdom of the two Sicilies. Between "tielle", Gaeta olives and mozzarella in the Lazio coast people have both the "roman" and the "naples" accent, a combination of often conflicting cultures. 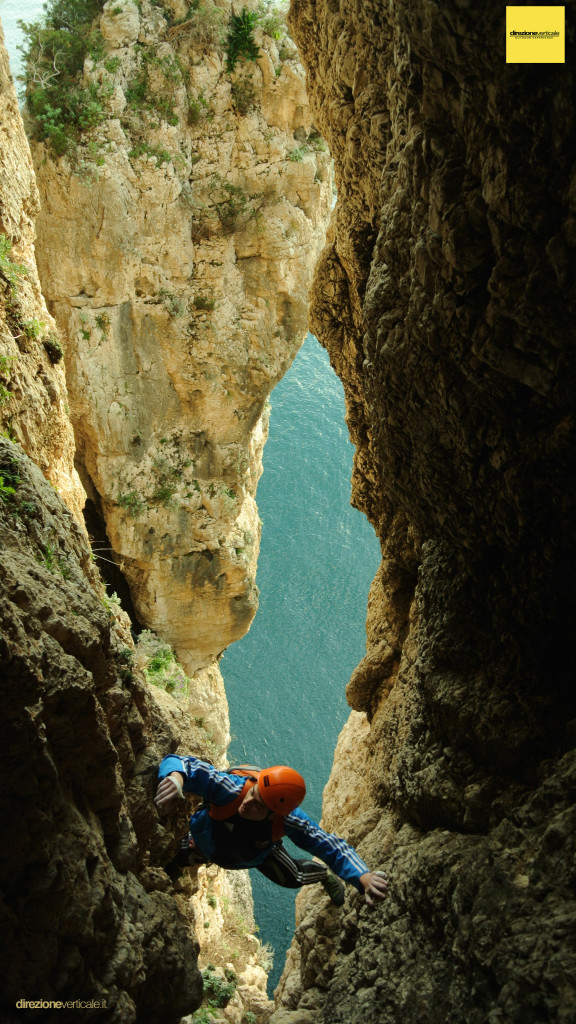 The stage has as scenery the Montagna Spaccata, one of the sharpest edges of Italy and the detached pillar that whoever climbs the "Beatrice" route wonder how can stand still standing. The scenario is like Pandora Avatar film, but with the excitement of climbing everything is more real. We deeply live the beautiful Grotta del Turco and the breathtaking sea on the horizon in one solution of continuity between sky and clouds.