Posted on 19 febbraio 2015 by direzioneverticale  —  News

Today 22 February 2015 marks the 50th anniversary of a great goodbye but also of a big feat.

When in 1965 Walter Bonatti reached the summit of the Matterhorn along the "mythical" north wall, in one climb had taken at least three records: had opened a new route along the most inhospitable of the Matterhorn, doing it in solo and during one of the harshest periods of the year, in the winter.

It was the year of the 100th anniversary of the first ascent of the Matterhorn and the great challenge of Whymper and Carrel. Bonatti decided to celebrate it by trying where climbers Kaspar Moser and Victor Imbonden had failed. It took four days and four nights before reaching the summit alone.

For Bonatti this was the last feat of extreme mountaineering, which earned him the Gold Medal of the Presidency of the Republic and the recognition as the founder of classic solitaire and winter mountaineering.

Click here to read the story of this feat. 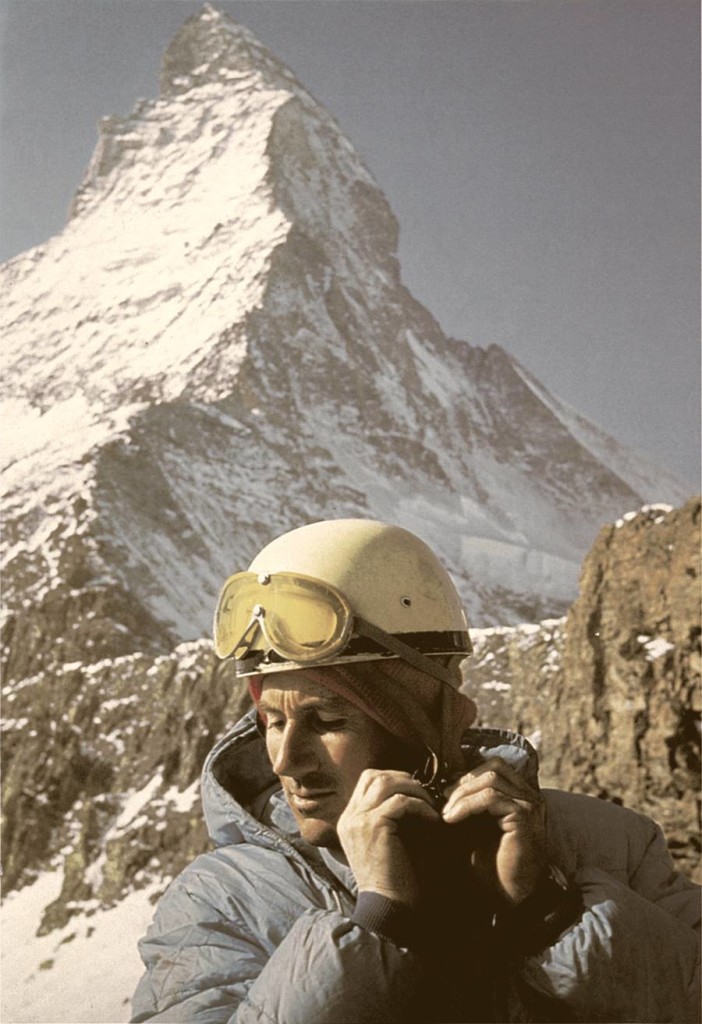 For a long time the Matterhorn was considered inviolable for the boldness of its walls. In 1800 many climbers came to the mountain without being able to win it, for a long time it remained unconquered and even now is a difficult ascension. The Bonatti feat, marks a step unparalleled in the history of mountaineering legend, Walter Bonatti has never been equalled in his style and in his life dedicated to the knowledge of nature and himself.